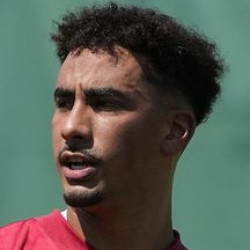 Green Bay Packers quarterback Jordan Love went 16-for-26 for 148 yards and threw one interception in Thursday's preseason loss to the Kansas City Chiefs. The third-year quarterback has seen his passer rating drop throughout the preseason, finishing with his lowest rating of 61.0% Thursday. Even after receiving praise from head coach Matt LaFleur this past week, Love has not given fantasy managers much confidence with his play during the last three preseason games. Suppose starting quarterback Aaron Rodgers were to miss any time during the regular season. In that case, fantasy managers should adjust expectations for players like Allen Lazard, Robert Tonyan, and even running back Aaron Jones, who should see plenty of work as a receiver. Love remains a hold in dynasty leagues but carries little upside at the moment.

Green Packers quarterback Jordan Love has had a rocky start to his career. Love was drafted 26th overall by the Packers in the 2020 draft, fueling discontentment from superstar quarterback Aaron Rodgers. Love red-shirted his rookie year and made only one start last season when Rodgers was sidelined, which did not go very well. Love has been up and down during the preseason but has shown some improvement in his decision-making, something head coach Matt LaFleur has noticed. When asked about Love's progress, he replied, "I think he's light years ahead of where he was a year ago." Rodgers is undoubtedly the starter, but knowing Love could sustain the team for a game or two, if needed, would add an additional layer of confidence to the options in this offense.

Week 2 of the Jordan Love starting quarterback experience in the preseason came with much more consistency. After a three-interception outing in Week 1, Love put a goose egg in the INT column Friday in a victory against the Saints. While he went just 13-for-24 through the air, Love showcased his arm strength on numerous throws throughout the game, in addition to slinging a passing TD to Romeo Doubs. On top of the 113 yards he amassed through the air, Love chipped in 13 on the ground across three carries. The 23-year-old signal caller boasts a high ceiling due to his dual-threat ability, despite being significantly blocked on the depth chart by starter Aaron Rodgers. His final extensive showing is set to come Thursday in the Packers' preseason finale vs. the Chiefs.

Dynasty | Packers quarterback Jordan Love had an up-and-down game in the team's first preseason action. Dynasty Analysis: Head coach Matt LeFleur removed Love from blame on two of the three interceptions citing multiple factors but, regardless, Love's performance was inconsistent at best. The third-year quarterback also threw two touchdowns, including one to surging rookie receiver Romeo Doubs, and amassed 176 passing yards in the loss. It's Love's first preseason action on his way to what is expected to be very few snaps in 2022. Unranked on DLF, Jordan Love is no better than a free agent stash in deep-roster formats.