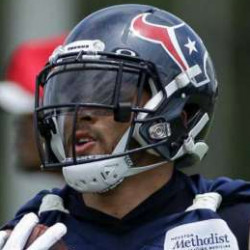 The Colts have signed running back Ty&#039;Son Williams Dynasty Analysis: The Colts now have a very full running back room behind starter Jonathan Taylor. How Williams slots in along with backups Nyheim Hines, Phillip Lindsay and Deon Jackson remains to be seen but it&#039;s enough to completely drop the 2021 riser from the dynasty radar completely. In his age-26 season, Williams remains unranked on DLF&#039;s running back rankings and has an enormous hill to climb to find relevance again in the future. He&#039;s safe to drop in all formats.

Free-agent running back Phillip Lindsay agreed to an undisclosed one-year deal with the Indianapolis Colts on Tuesday, according to his agent, Mike McCartney. Lindsay spent last season with the Houston Texans and Miami Dolphins, finishing with 88 carries for 249 yards (career-low 2.8 yards per carry) and one touchdown, also adding four receptions for 45 yards and another score. The 27-year-old opened with two 1,000-yard rushing seasons in his first two years in the NFL with the Denver Broncos, but he's fallen off considerably since then and will be competing for touches in Indianapolis behind bell-cow Jonathan Taylor and pass-catching back Nyheim Hines. Taylor or Hines would likely have to miss time due to injury for Lindsay to even be worth a fantasy pickup.